Oscoda Reaches for the Stars 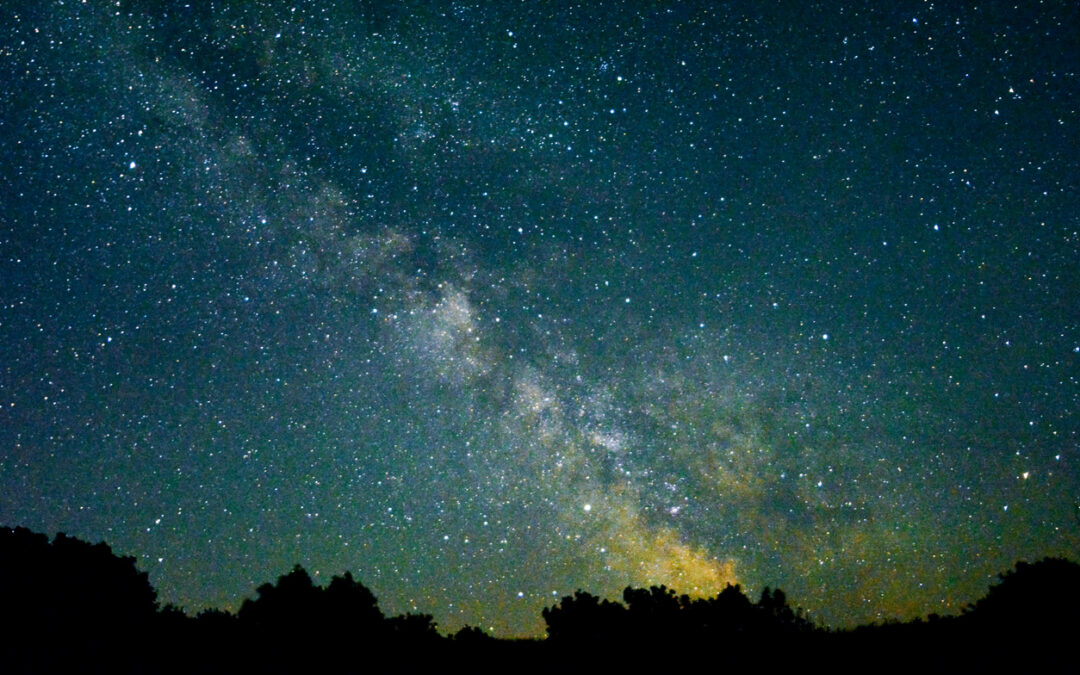 On clear, moonless nights in Oscoda, the stars come out to play. I’ve stayed up past midnight quite a few times, lying on the beach or on the grass, staring up at the sky in search of constellations and shooting stars. In urban areas downstate, the stars have to struggle through light pollution, and it’s obvious that they’re light-years from Earth; in Oscoda, the stars are numerous and sharp as a cut diamond. I vividly remember one particular night when I woke up at three in the morning. I trudged out of my room, wandered outside, and jolted awake when I saw the dome of the sky. The swath of stars and the Milky Way looked close enough to touch, like I could dip my fingers into the sky and swirl the stars around like they were minnows in the Au Sable. Oscoda might soon be touching the sky in a real(ly cool) way. So much technology already relies on satellites, and much more can be done as technology continues to advance. Satellites pinpoint our location so we can find our way to a restaurant, let us know when that big winter storm is gonna blow through, and take stunning photographs of distant galaxies and other celestial stuff. So, the fact that Michigan is getting into the space game? Pretty exciting. The Michigan Aerospace Manufacturers Association (or MAMA for short) has already announced Marquette and Oscoda as its launch sites, and plans for creating a spaceport (spaceport! how cool is that?!) at Oscoda-Wurtsmith Airport are already underway.

Anyone who’s from Oscoda, and many people outside of it, know the importance of Wurtsmith. Currently, it hosts Kalitta Air; Wurtsmith Air Museum, a museum with relics and retired aircraft; airplane maintenance and flight training; and a lot of space with a lengthy runway. Historically, it was a United States Air Force base, and many veterans hail from Wurtsmith. Adding onto Oscoda-Wurtsmith’s existing qualities and functions, MAMA’s plan for Wurtsmith is to make it the site of horizontal launches; essentially, they want to strap rockets onto jet planes and shoot them over Lake Huron. The satellites will be launched into low earth orbit, which is the plane of space where the International Space Station and the Hubble Telescope call home. Far enough away to get a taste of space, but close enough to be visible from our homes.

If everything goes according to plan, we’ve got a few years before launches will get underway. We could be seeing take-offs in 2023, or maybe 2024. Who knows what exciting possibilities this will bring to an already-exciting town! Perhaps we’ll be able to go into town, grab an ice cream, head down to the beach, and look up into the sky, knowing that the little stars zipping across the sky are actually pieces of ingenuity that came from right here in Oscoda.