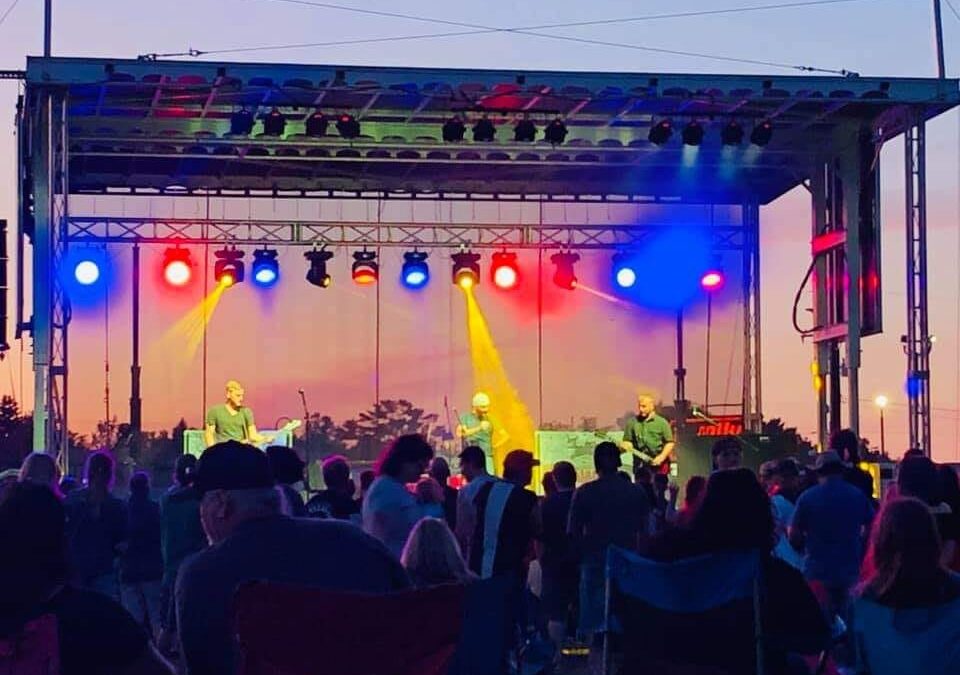 Looking to visit Oscoda this fall? Oscoda Rockfest is the perfect excuse to make the trip.

“That day is heavier, hard rock,” said executive producer Robert Tasior. “Magg Dylan is an up-and-coming band that’s been hitting concerts by storm over the last year. They’re probably going to be one of the next big bands. We also have northern Michigan bands playing Friday, featuring some of our local talent.”

Saturday, Aug. 13, will feature seven bands, including headliners Tantric from Louisville, Kentucky, and  Saving Abel from Corinth, Mississippi. Saving Abel is known for hits “Addicted,” “Sailed Away,” and “Contagious” — among others. Ann Arbor’s Black Note Graffiti will also play.

Rockfest began in 2019, but was canceled in 2020. The third-annual show will take place at the Veterans Memorial Park, 4000 N. Skeel Avenue in Oscoda.

“The park honors our veterans,” Tasior said. “All of our proceeds actually go to that park. This year, we’re raising money to build a War Dog Memorial. Even though our base closed in 1993, we still have a 2.5-mile-long runway that’s used for cargo and operations, and our military presence has never gone away.

“The idea of a War Dog Memorial goes back to Vietnam. When we pulled out, the Department of Defense declared all the service dogs as equipment and euthanized over 5,000 of them. It was devastating for the people and trainers who worked with these brilliant animals. Eventually, the Department of Defense changed their policy and built a memorial. We’ve been tasked with raising funds for a memorial in Oscoda.”

Previous concerts have donated over $20,000 to the Veterans Memorial Park, helping to build a 22-foot-long mural. According to Tasior, War Dog Memorials can run $80,000-$100,000 — so it may take several years to raise the funds.

“That’s not much when you’re talking about 12 bands and food trucks and carnival acts,” Tasior said. “There’s going to be a lot of excitement.”

“This area is probably one of the most beautiful in the state of Michigan,” he said. “We have miles and miles of sugar-sand beach and it’s worthwhile to come and stay. We have so many campgrounds in the area to accommodate visitors, and I think they’d be surprised by the beauty. And there’s so much history at the base itself to behold. It’s such an unknown area of Michigan, and more and more people are realizing what we have.”